You are here: Home / Blog / Girls / 15+ Year Old Girls / When Does Your Daughter Arrive At Sexual Maturity?

We are so careful to make sure that our daughters are ready for their first period. But after they start having regular monthly periods, they have likely reached the end of puberty and have entered sexual maturity.

This is a big deal. Although your daughter is still an adolescent, with lots of exciting changes going on in her brain, she is certainly not a child any more. An egg is being released from one of her ovaries every month, and she can get pregnant.

There are certainly many different topics you might want to consider to talk to her about so she will be informed. But, I suggest that you think in terms of small talks, maybe 7 minutes per topic. Let her think about what you have just discussed before you move on to another topic.

A place to begin would be to explain that puberty is over and she is now sexually mature. She might not realize that. 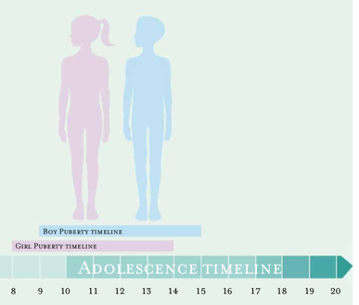 Illustration from I’m a Girl, How Are Boys Different?

As you can see from this illustration, by about 14 years old, most girls have reached sexual maturity. Boys start puberty about a year later than girls and so they don’t reach sexual maturity until about 15 years old.

Using this illustration, you can have an impactful, but brief, conversation about how her reproductive system has matured. 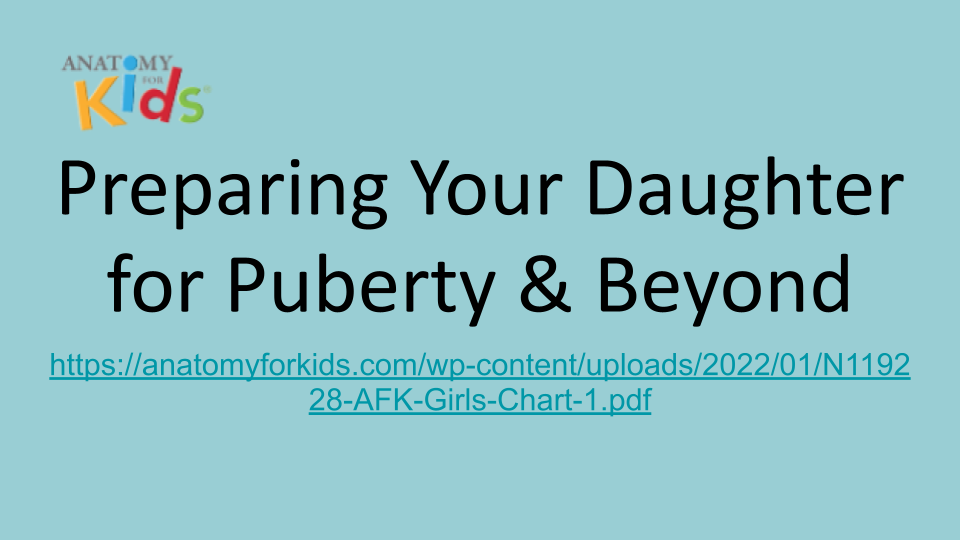