You are here: Home / Blog / Girls / 8-9 Year Old Girls / Teach Your Daughter About Her Breasts

As your daughter approaches 8-10 years old, she will begin to notice a change in her breasts. This is a great time to teach her about the mammary gland that is forming in her breast.

Use this anatomy figure to illustrates a few key points to her. 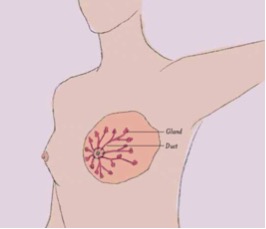 After your daughter starts having menstrual periods, you can refer back to this anatomy figure to teach her how to do a breast exam each month.