Does it stress you out when you don’t get to have an opinion about your life? This is actually considered a major stressor for most adults. Even small things, like what your plans are going to be for the weekend, can produce stress if your needs are not being considered. 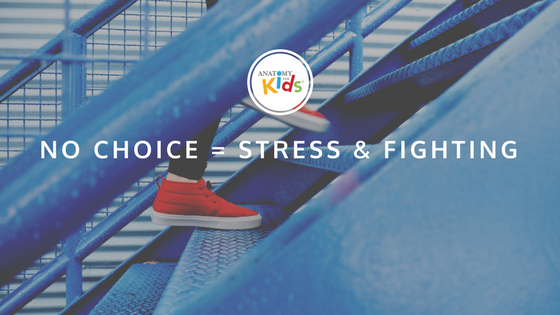 They want to be involved in decisions about their life.

If you have a child in middle school or older, like you, they are going to feel stressed if they are not given options about decisions being made for their lives. They are maturing and taking on more and more of a young adult perspective about their life, and as such want to also be part of the decision-making process for themselves.

You can test this for yourself.

What kind of a response do you get when you give your child a directive without their input? For example, they want to meet some friends and you say “no” and then tell them they need to do some type of work at home instead. Their response will likely be to push back against your directive. They will be immediately anxious, stressed, and upset.

If in the same example, instead of just saying “no,” you begin by asking them what they plan to do with their friends, they will feel like you are open to a discussion with them. You can bring up the need to get the work done at home and ask them how they can fit that into their plans.

By negotiating rather than directing, you both win.

Try not to back them into a corner with no options. You don’t like that and neither will they. These kids are already stressed by the combination of rapid brain development going on inside their heads and the impact of reproductive hormones on their brain and body.

Look for ways to reduce their stress and you can avoid stress for yourself!