As you have observed, there is much going on in your daughter’s life during adolescence. One day she is a child, and it seems like overnight, she’s a teenager.

You are not the only one surprised by the changes in her. Friends who are boys, and have been friends of hers through the years, also notice that she is different now. Boys don’t enter puberty until about a year later than the girls, and that gap is obvious during the early days of puberty. 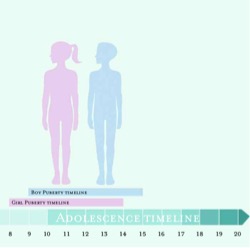 If your daughter is in the 10- to 12-year age group, I want to encourage you to begin having talks with her about her relationship with boys who have been her friends for a while. Teach her about the fact that they start puberty about a year later than her. The boys are going to be confused about why their friendship is changing and they will likely push back against the changes they see in her. Their insensitivity at times is going to annoy her. It might also increase the insecurity she is already feeling about herself during this important time of transition in her life.

Casual, brief chats at this young age with your daughter about her relationship with friends who are boys might make it more comfortable for her to talk with you in the future as those friendships become special. Keep it at the “girl talk” level and make the talks fun as you share your thoughts and maybe even a little about your own experiences.