You are here: Home / Blog / Girls / 10+ Year Old Girls /  Can Your Daughter Describe the Structure of Her Breast?

Fortunately, various women’s movements have raised our awareness of breast cancer. We want our daughters to be thoughtful in the care of their breasts, but I wonder how many of them know the structure of their breast and the changes that happen during the early days of puberty. 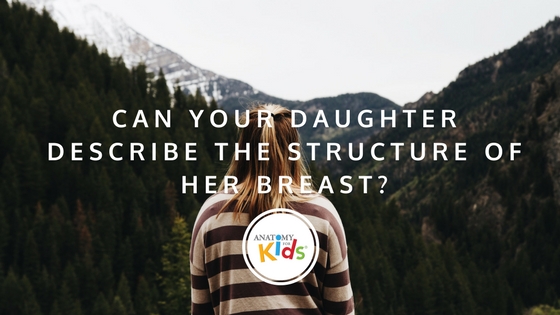 This anatomy figure from my book, I’m a Girl, Hormones!, will help you teach your daughter about her breast.

Here are some key points: 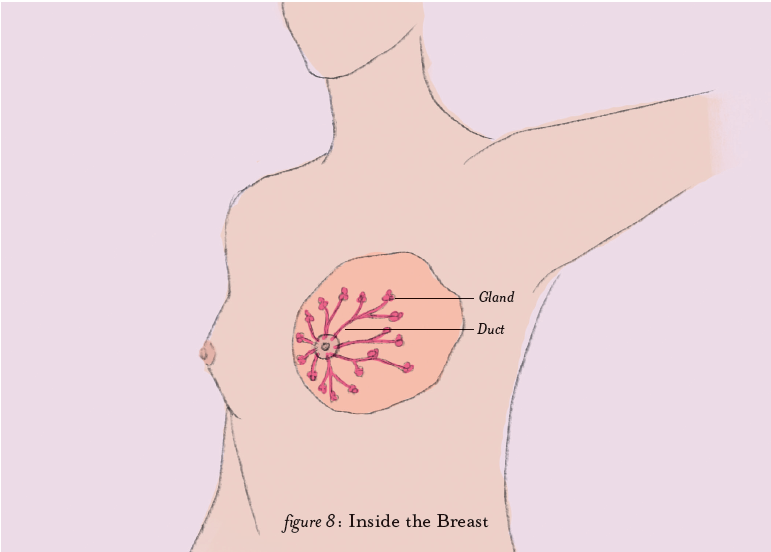 What Happens Inside a Breast?

The cells that will produce milk in the mammary gland are not fully active until pregnancy. In a young girl, the mammary gland appears bare. Ducts that look like sticks collect together to form 15-20 larger ducts that end at the nipple. The pattern of the ducts as they approach the nipple is described as a “clock-face” pattern.

When your daughter enters puberty, hormones (especially estrogen) will direct fat to form little mounds under the nipple called breast buds. The shape of the maturing breast is actually due to fat accumulation and not mammary gland development.

Teaching Her  to Care for Herself as She Matures

This would be a great time for your daughter to learn how to do a breast exam to search for breast buds. Most of the time, breast buds appear on one side first and then a short time later in the other breast. This is normal development of the breast.