Have you prepared your son for his first kiss? As parents, we are concerned about our adolescents having sex when they are too young. That’s a legitimate concern. But holding hands and enjoying a deeper relationship with a girl, is also part of becoming a young adult. Let’s begin by preparing him for his first kiss. 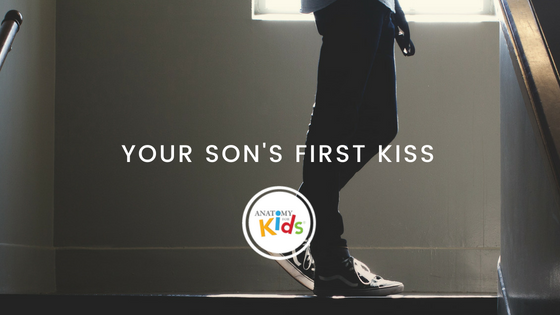 It is fascinating to learn about the body and how its goal is for us to have children so that our species can go on and on. Preparation for reproduction begins during puberty when sexual centers in the brain are awakened and the anticipation of a sexual life begins.

Suddenly, it is pleasurable to hold a girl’s hand and share a kiss. You are probably a little terrified reading this right now if you have a young teen son, but actually they are a little terrified by this new development in their life as well. Girls were disgusting to them just a few years ago. Now, they know something is different, but what?

You already know the answers to the questions that are swirling in your son’s head. Here are a few ideas for you to consider as you prepare to share your wisdom with him.

The first kiss is both exciting and scary. Help your son understand what is happening in his brain and in his body so that he can be prepared for a relationship that goes beyond just friendship.