You are here: Home / Blog / Boys / 8-10 Year Old Boys / The Brain Development Transition in Your Son

If your son is in the 8-10-year-old age group, you’ve likely already noticed a change in his emotions. Although we often talk about how emotional changes are one of the expected signs of puberty, it is becoming even more clear that changes in their brains are really the primary reason for this. 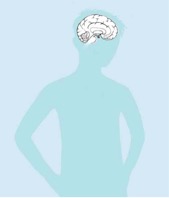 By about 10-years-old, your son enters adolescence, which is a time of rapid brain development that promotes his future independence as a young adult. This is when the emotional ups and downs become the obvious, and it only increases through the next few years.

Why is this happening? One explanation is that the part of the brain called the amygdala is already far along in development. This part of the brain is credited with being our emotional center. During the adolescent years, your adolescent can be very happy and then angry and frustrated in the next minute. It doesn’t take much to switch his moods. Parenting a young adolescent is like trying to hold onto the wind.

Once you learn about brain development in your adolescent, it is easier to understand why you see such a big change in the way he is responding to you. Remain hopeful. He will mature and surprise you in a few years.