If your son is in puberty, he is aware of the changes happening in his body and he will begin to compare those changes to ones the other boys his age group are experiencing. Not all boys go through puberty at the same pace and so the obvious changes of puberty will vary from boy to boy. 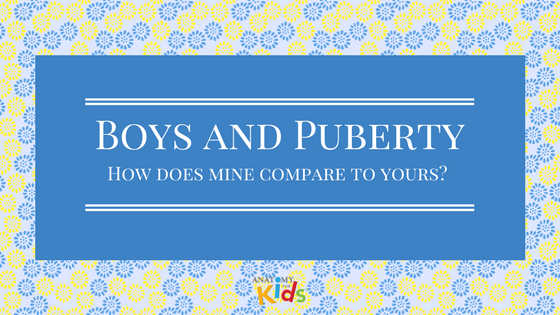 He might not be saying it, but he’s thinking it.

Although your son might not say anything, secretly he is likely concerned that something is wrong with him. He will probably be wondering if his penis is always going to be small. It is surprising how serious this concern becomes among adolescent boys and, sadly, there is very little discussion about it.

Every boy is unique, but the process is the same First there is an increase in the length of the penis and then in the width. One friend who has entered puberty a little earlier than everyone else, will notice these changes in his penis at a younger age. If your son enters puberty a little later than his friend, his penis will remain small longer even if he is older than his friend.

Your son is maturing at his own pace, and that’s OK.

I suggest explaining this difference to your son as early as possible. Most boys enter early puberty by about 8-9 years old so consider having this discussion by 9 years old. Let him know that puberty starts at different times and at different ages for each boy and this is controlled mostly by genetics. Help him to understand that changes do not happen in the penis for a few years from the start of puberty and so he will notice differences between himself and his friends, but it’s nothing to worry about.

Whatever the time sequence is, it is normal for him, and his penis will be adult size in just a few years.  Helping our sons to understand this can reduce anxiety they may feel about their body and help them feel confident and comfortable in their body as they mature.