There is so much for our young adolescent sons to learn about the changes happening to them during puberty. But what are you supposed to do if they don’t want to learn from you? 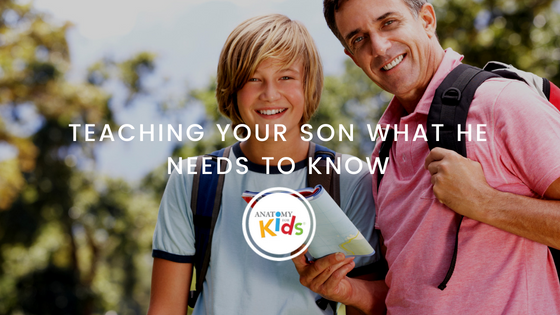 First recommendation, start early. From ten years old to about 12 years old, you might still be able to initiate some great talks with your son. After that, you will need to be much more creative in the ways you get information to him.

What does he need to know? I think helping him understand an ejaculation is the most important new physical response of his body that he should know. He has likely experienced spontaneous erections for many years, but he won’t begin having ejaculations until he is in puberty because he needs lots of testosterone to make it happen.

There are three reasons why understanding an ejaculation is important information for your son. This is a useful image to help describe the anatomy.

For some boys, ejaculations can happen unexpectedly during sleep. They are called wet dreams or nocturnal emissions. Otherwise, your son will know when he is going to have an ejaculation because it will be the result of self-stimulation or sexual intercourse.

Teaching Them What They Need to Know

Just as with our daughters, our sons experience changes they need to be prepared for during puberty. Let’s make sure we get the information to them, even if it’s during a protest!